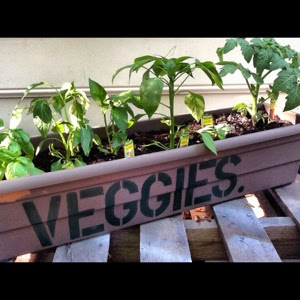 Recently I picked up a basil plant to smell while at Lowe's, little did I know that my two second sniff would spontaneously release my inner Martha.
One plant turned into six, hence my overpopulated new garden.  This is literally my first attempt at veggies, from left to right: Basil, Banana Peppers, Yellow Bell Peppers, Mini Bell Peppers, Cucumbers, and Cherry Tomatoes. 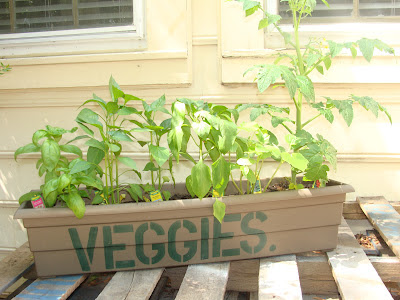 It's been three weeks exactly and there has already been massive growth. Each plant has gained at least four inches while the tomato plant has totally quadrupled in size. The stalks have all become more sturdy and little fuzzy hairs are starting to show up, it won't be long now! 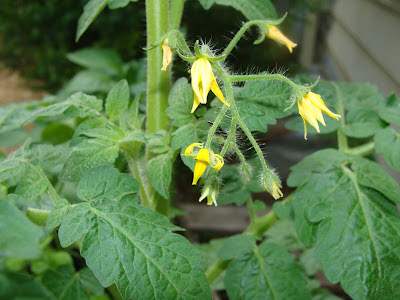 Here you can see hairs on the tomato plant and the little flowers starting to bloom, that means my tomatoes are on the way, about four more weeks to go, fingers crossed!